LIVE! From The Space at 100 Taylor

‘LIVE’ From The Space at 100 Taylor’ is a new show that focuses on serving today’s most inspiring and influential artists in Nashville music, recorded LIVE from Music City USA.  Hosted by music Journalist Jamie Rodriguez , the show highlights compelling personal stories about the successes, challenges, and triumphs of artists. The show is available on all major podcast platforms including Apple Podcasts, Spotify, and Google Podcasts, and on Video to an audience of just under 60,000 unique listener.

The beginning of a new Nashville tradition is here. 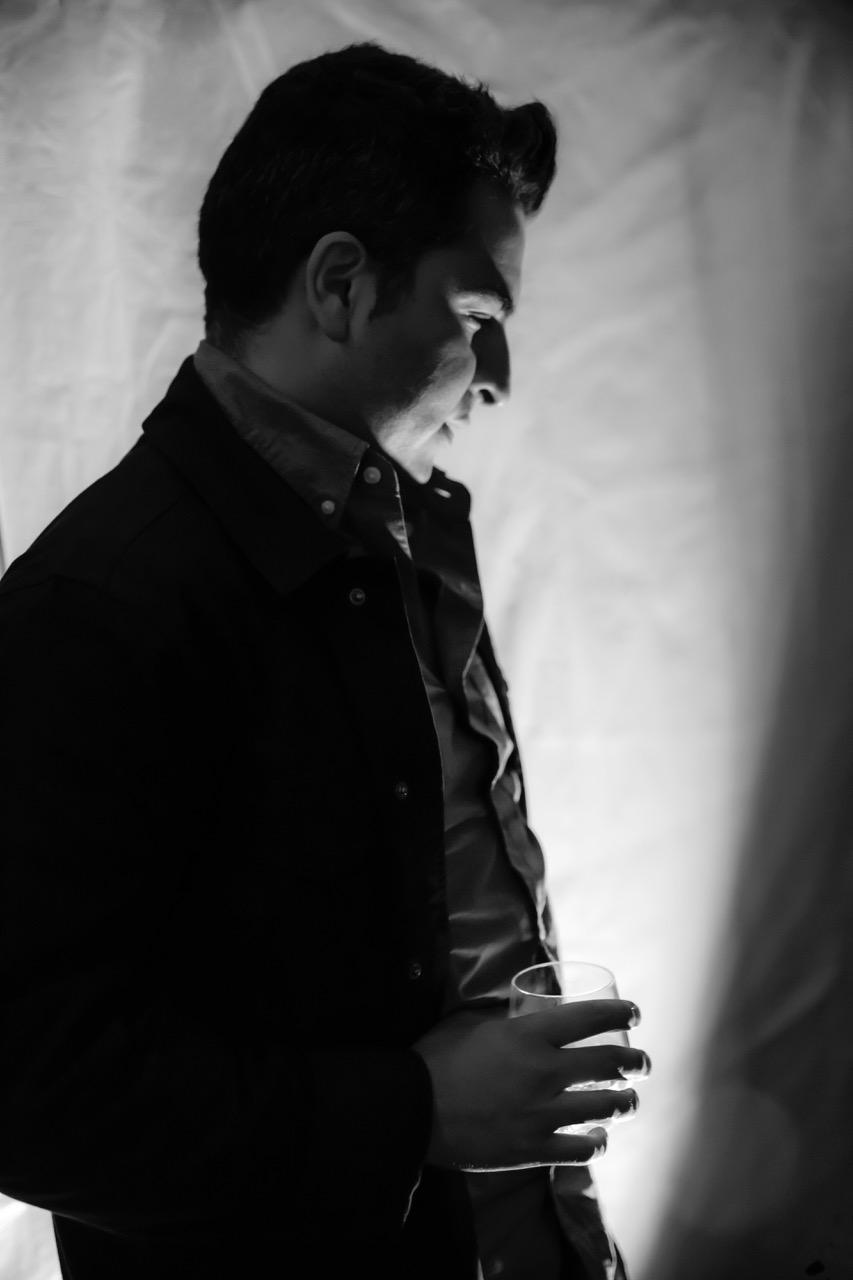 Jamie Rodriguez, aka ‘jrod’, is a prominent music journalist and host of the jrodconcerts: The Podcast, one of the fastest-growing music podcasts in the world. The show features a variety of guests in the music industry, covering a variety of topics including how to build a successful career in entertainment or media, and other valuable lessons.

His authority on all things music, especially when it comes to  Rock N’ Roll’ motivated him to build a successful journalism career over the last two decades. Jamie was previously a radio personality on WHYI Y-100 station in South Florida.

Located in Germantown, one of Nashville's historic neighborhoods 'The Space at 100 Taylor' will be our musical and trend-setting venue. 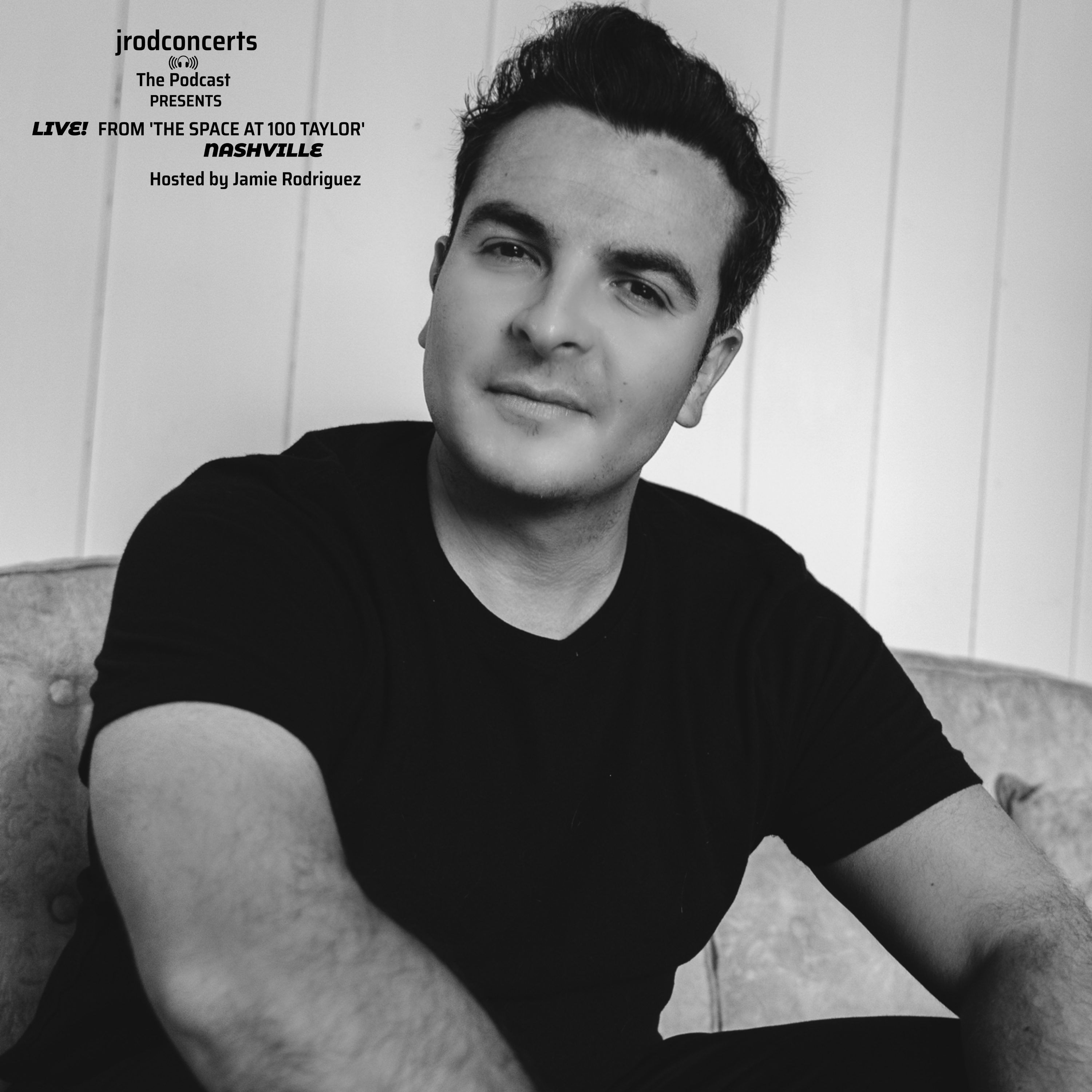 Nikki Barber - The Minks: LIVE! From The Space at 100 Taylor

Artistic trailblazer and frontwoman for one of Nashville’s leading rock bands ‘The Minks’, Nikki Barber joins Jamie on the show.

With a sound described as  “psychedelic-bloos”, The Minks have become a leading band in Music City’s flourishing alt-rock scene, and Nikki’s vocals have been compared to Patti Smith and Bonnie Raitt by outlets like Guitar Girl Magazine.

Formed in 2016 after Nikki moved to Nashville, the band i getting ready to release the follow up to the mega successful ‘Light & Sweet’ (2016)

Join us as Nikki shares with Jame a variety of topics such as her background in Gettysburg PA, Fashion influences, energy on stage and lots more.

Hadley Kennary: LIVE! From The Space at 100 Taylor

On the Season 2 Premiere of LIVE! From The Space at 100 Taylor we welcome American singer-songwriter Hadley Kennary to the show.

With powerful vocals reminiscent of artists such as Regina Spektor and Fiona Apple, along profound songwriting, Hadley has become a leading force in the Nashville Alt-Pop scene and a frequent collaborator with some of the biggest names in Music City.

Her latest EP ‘Crooked Roots’ Out NOW is an outstanding collection of introspective songs that feel both intimate and universal at the same time. With themes of adulthood, finding yourself and your role in an ever changing world, the EP is destined to be on replay for years to come.

Join us for an in-depth chat with Hadley that touches con topics like confidence, songwriting, giving back, the new EP and more. Stay tuned as well for an exclusive performance of the ‘Crooked Roots’ 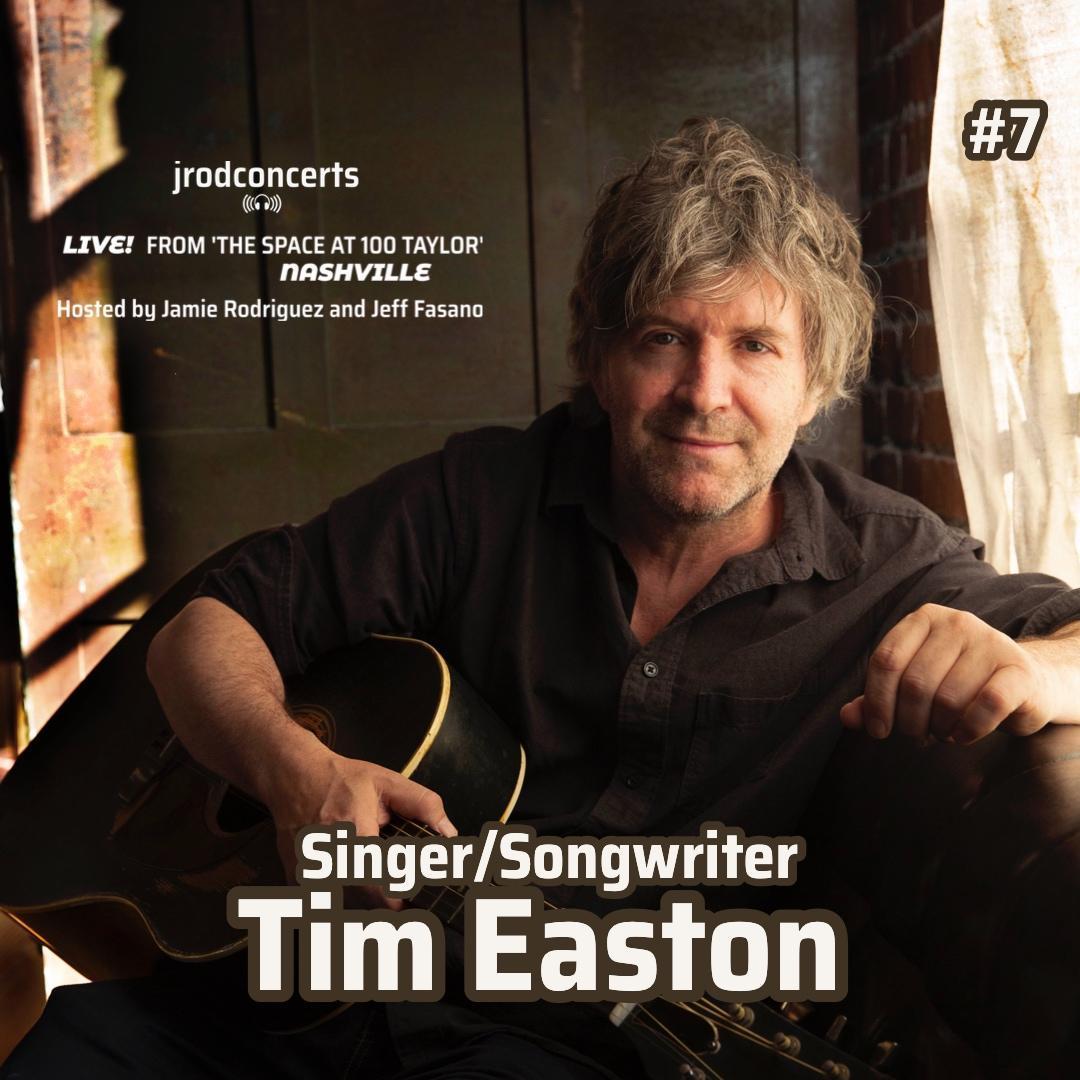 Tim Easton: LIVE! From The Space at 100 Taylor

Celebrating Independence Day weekend, we welcome acclaimed All-American Singer/Songwriter Tim Easton to LIVE! From The Space at 100 Taylor.
A prolific rock and roll, folk and Americana musician, Tim’s had a prolific career since 1997, one that has seen him travel the world, and release countless albums. Now celebrating what may be his best ‘You Don’t Really Know Me‘, a full-band record produced by Brad Jones and Robin Eaton and featuring some of his Nashville colleagues, with most of the songs written in 2020.
Join us to learn about an American musical gem, and stay tuned for exclusive performances of ‘Four Queens’ and ‘you Don’t Really Know Me’ on this special episode 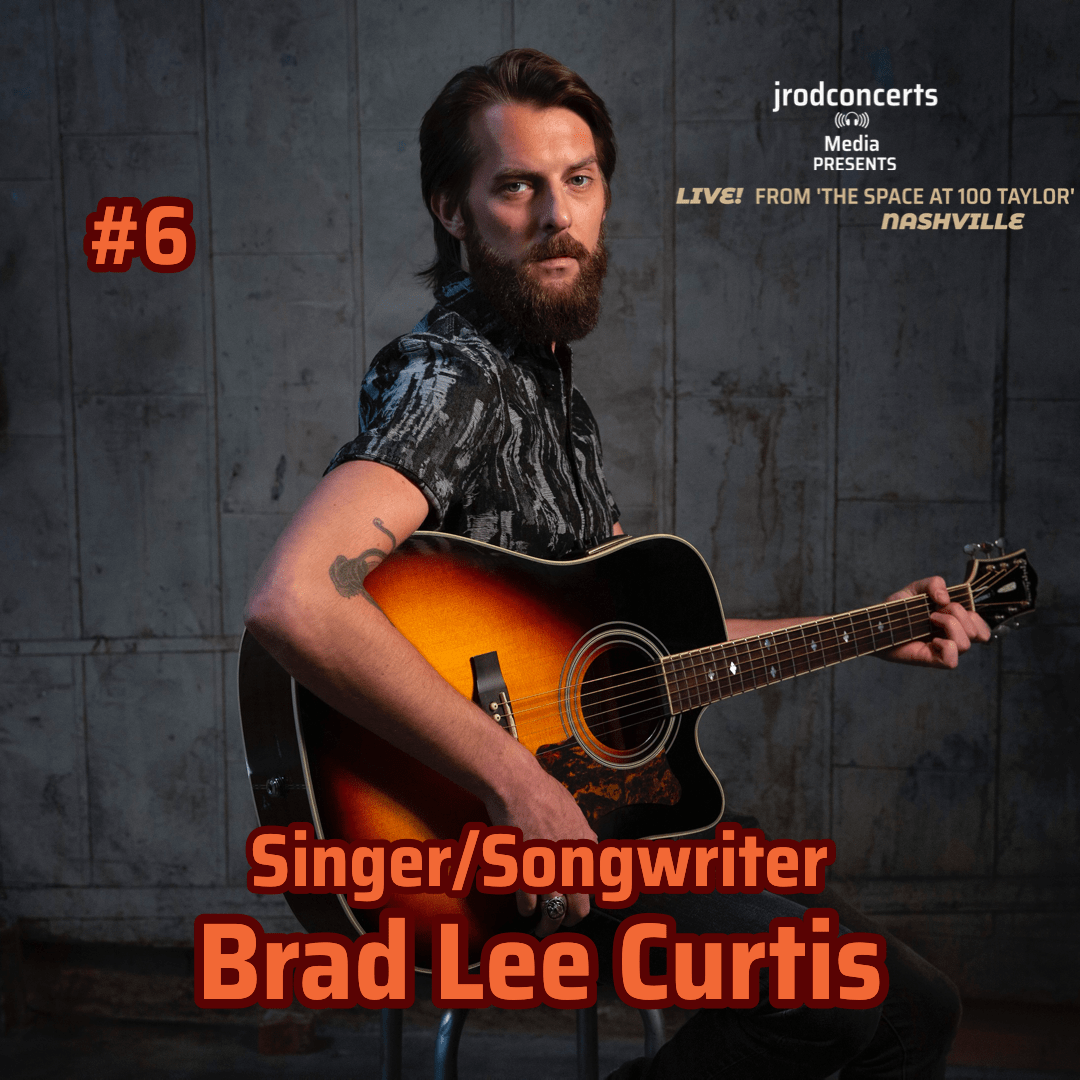 Brad Lee Curtis: LIVE! From The Space at 100 Taylor

Nashville based Troubadour, Singer and gifted songwriter Brad Lee Curtis joins Jamie and Jeff on the latest episode of LIVE! From The Space at 100 Taylor.
Following 2020’s breakout hit ‘Surrender’, Brad Lee is once again making a buzz with the new offering ‘Waiting For The Tide’ which he exclusively performs for us in an intimate setting.
Learn about the incredible journey of this Wisconsin born talent, his support system, musical heroes and more. 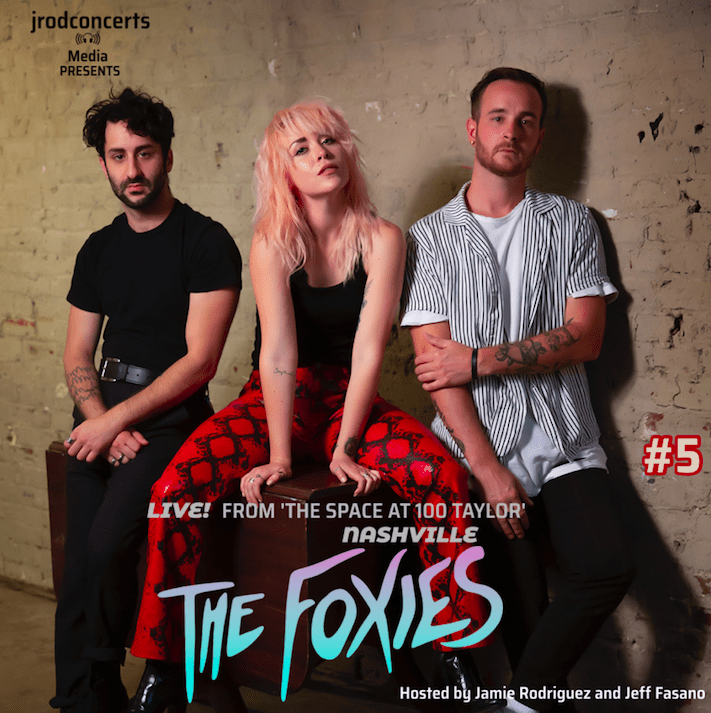 The Foxies: LIVE! From The Space at 100 Taylor

We welcome one of the hottest Alt-Rock bands in the world: ‘The Foxies’ to LIVE! From The Space at 100 Taylor.
With catchy, power-chord driven songs, a shade of 1980’s ‘new wave’ and deep songwriting,  The Foxies have earned admiring comparisons to pioneers like Blondie, The Ramones and Green Day. In performance, they’re kinetic and tightly wound, qualities they developed coming up from different backgrounds but always driven by the punk and classic rock scene.
With the steady Rob Bodley on drums, Jake Ohlbaum on guitars and the once in a generation talent of lead singer Julia Lauren Bullock, The Foxies have crafted a wonderful list of hit singles. Among them : Wander in Lust, Timothée Chalamet , Anti Socialite and the brand new single Screws.
Stay tuned for exclusive acoustic performances of ‘Deep Sea Diver’ and ‘Screws and for more on the Foxes including tour dates, fan club information and more, visit: www.thefoxiesband.com. 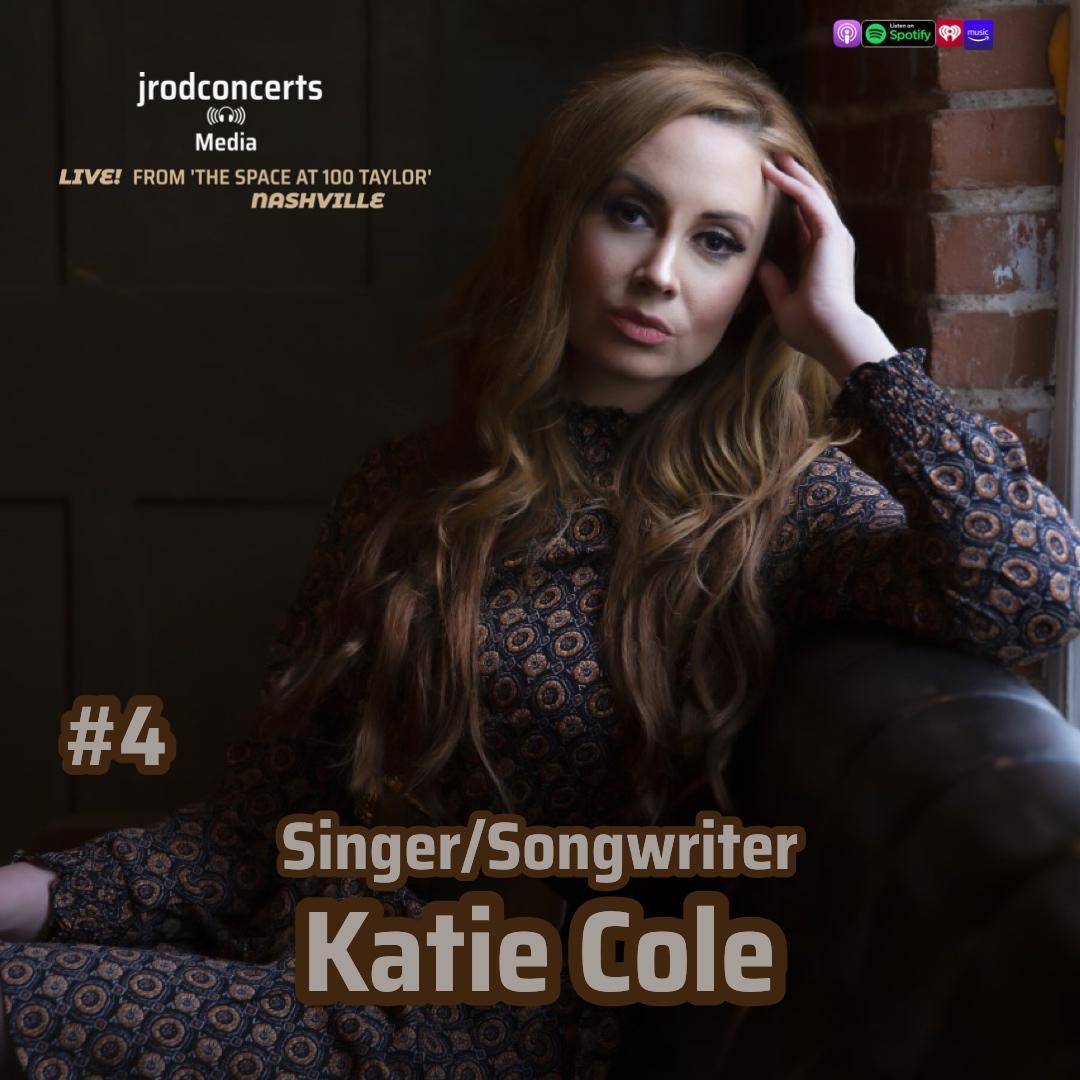 Katie Cole: LIVE! From The Space at 100 Taylor

An influential voice in the upper echelon of Americana music, we welcome Australian born and Nashville based Katie Cole to the show.

A self taught musician who began performing at age 16, Cole’s journey is one of hard work, focus and talent that has taken her from local bars in Melbourne, to playing in front of audiences of 100,000 people worldwide.

In this special episode of ‘LIVE! From the Space at 100 Taylor’, we dig deep into the life of Katie Cole, including thoughts on limiting beliefs, how 2020 pushed her to lead the way in live streams, social media savvy and lots more. And stay tuned for two wonderful exclusive performances from Katie Cole: ‘Lie to Me’ and ‘Lullaby’. 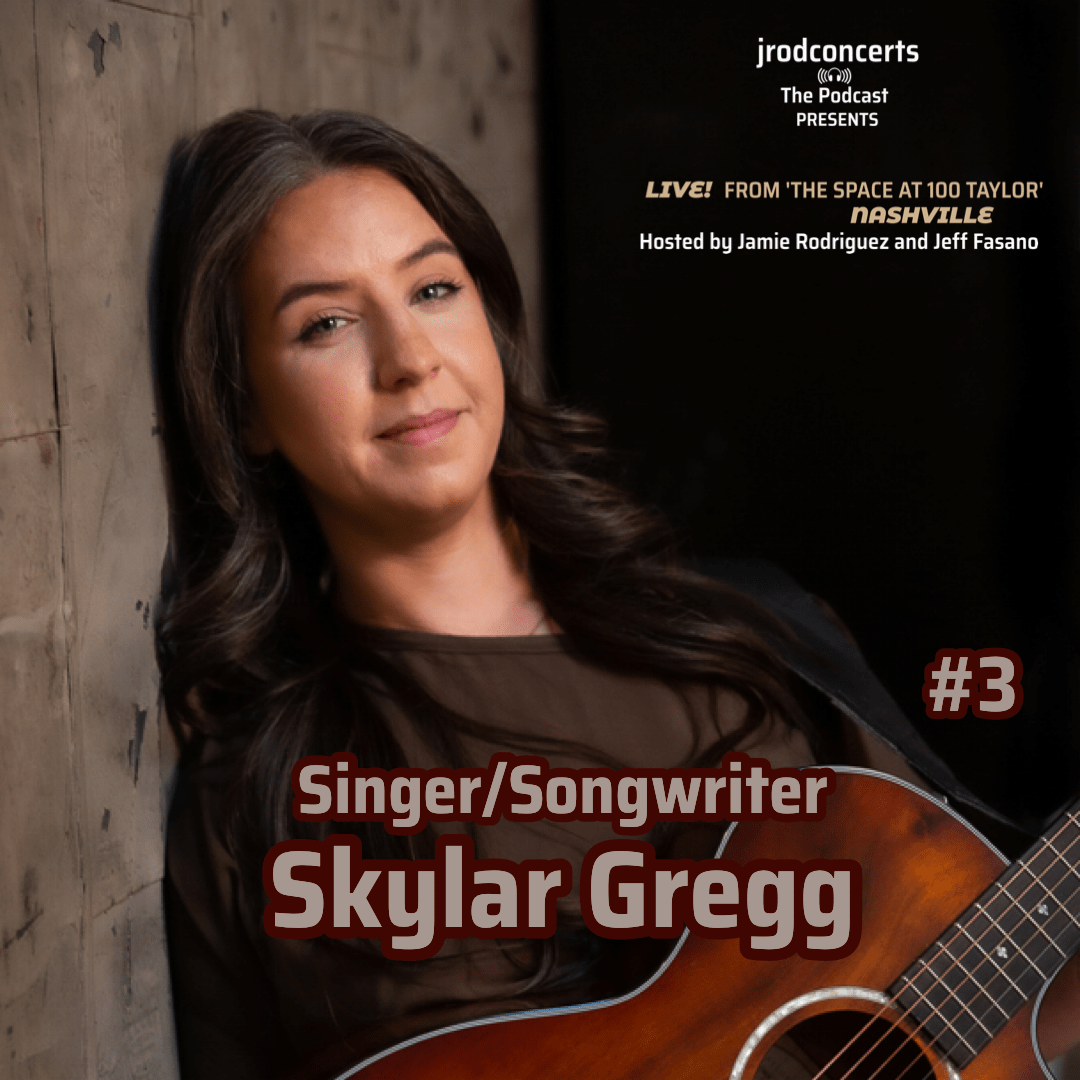 Skylar Gregg’s remarkable ability to copiously fill every note with soulful passion leaves even the most discerning music critics and fans in awe. We welcome Skylar Gregg to The Space at 100 Taylor where she shares unique stories, anecdotes and exquisite live performances that will leave you mesmerized. Make sure to check out Skylar’s 2020 Album ‘Roses’, out everywhere you stream or consume your music. 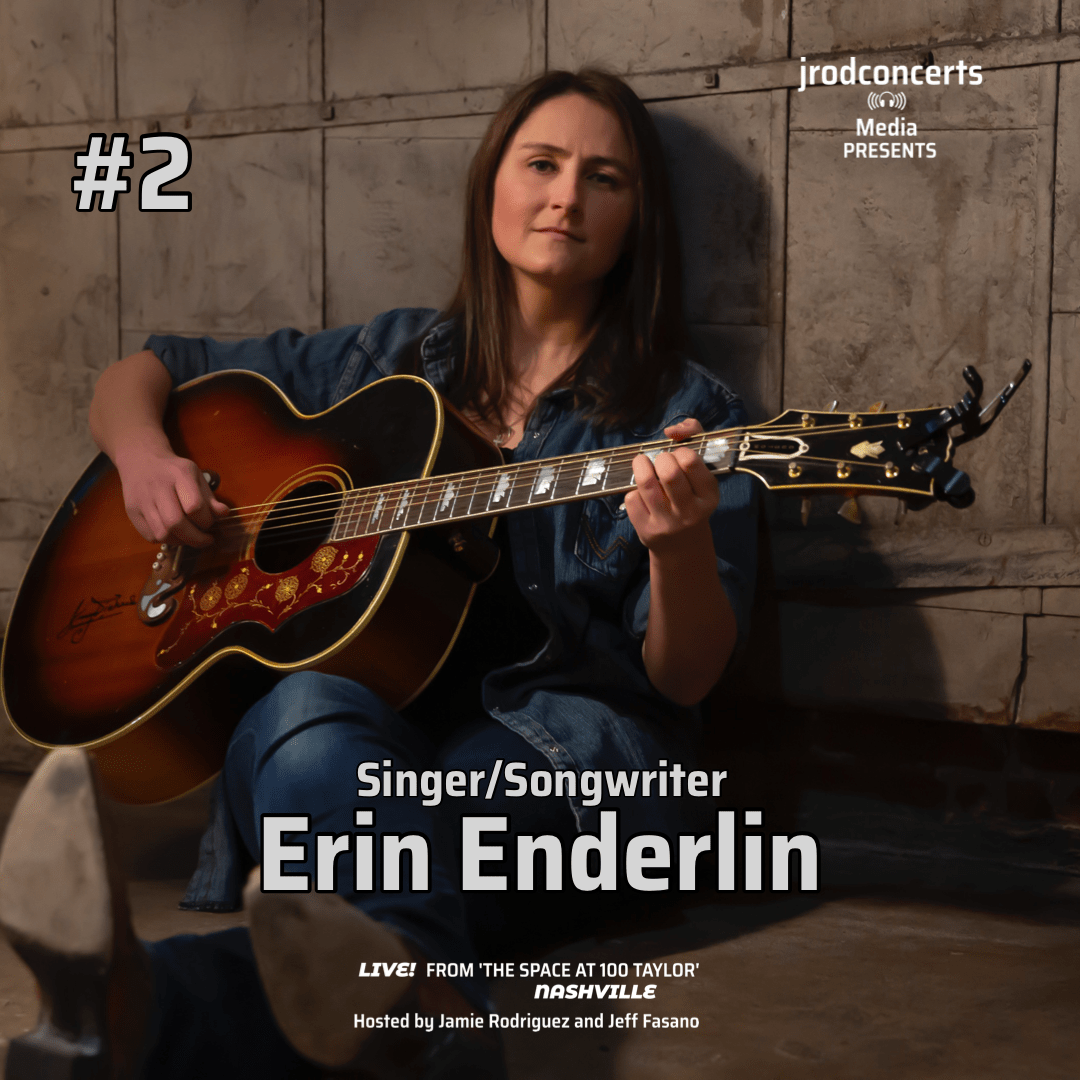 Erin Enderlin, one of today’s most accomplished Country music Singer and Songwriters joins Jamie and Jeff on the second episode of LIVE! From The Space at 100 Taylor.
Having recently performed the legendary Grand Ole Opry stage for the 12th time, Enderlin has also penned a plethora of hit songs with everyone from Terri Clark, to Alan Jackson, Reba McEntire, and many more. Her brand new cover album Campfire Covers Vol 2. (Out NOW) follows the critically acclaimed Faulkner Country (2019) which includes the mega-hits Broken, Tonight I Don’t Give a Damn and I Can Be Your Whiskey, of which she performs a spine-tingling version on the show.
Don’t miss this very special episode, and for more on Erin Enderlin visit: erinenderlin.com 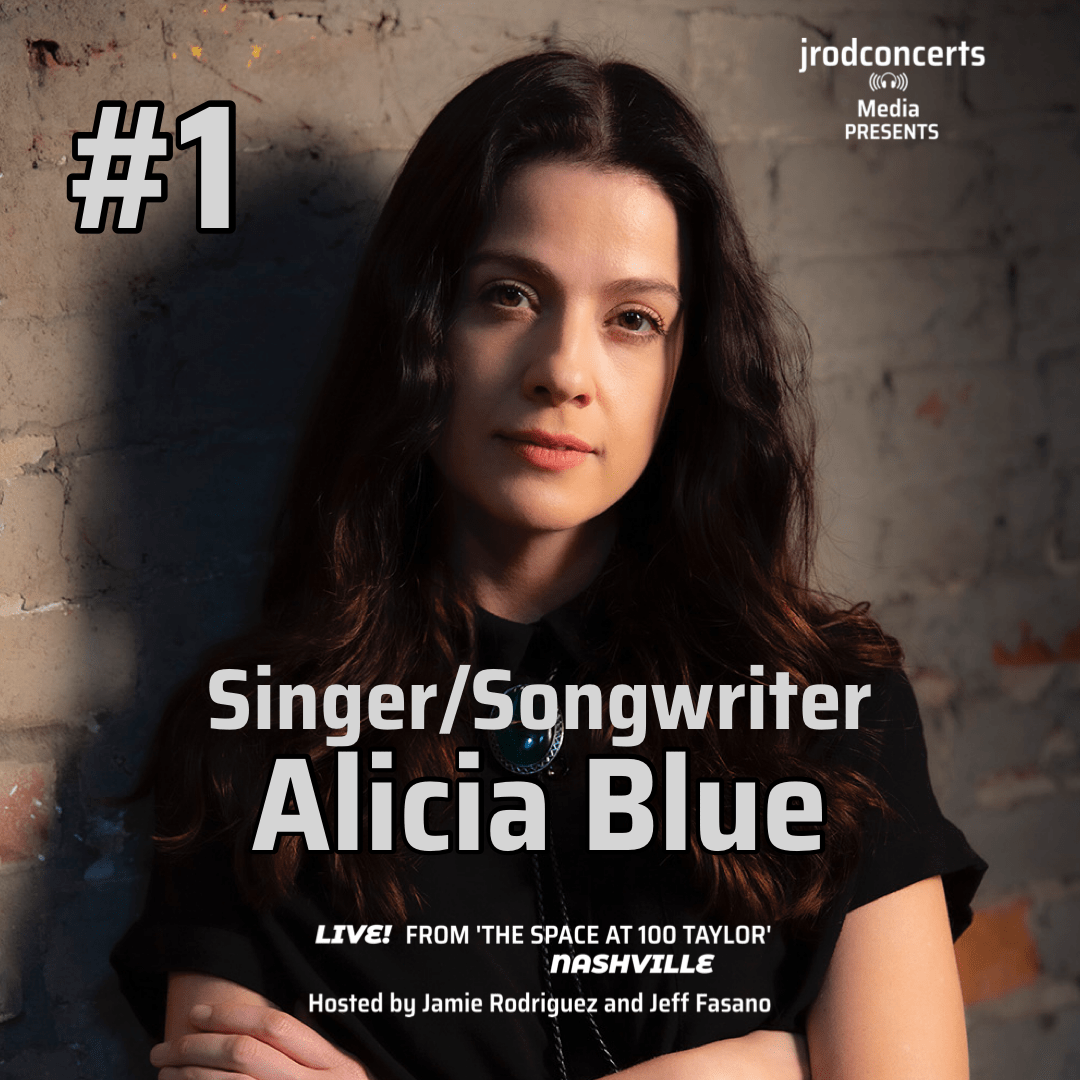 A unique and trailblazing talent, Southern California’s Alicia Blue joins Jamie and Jeff on the premiere episode of ‘LIVE! From The Space at 100 Taylor’.

With a voice, uniquely her own, and a guitar style reminiscing of folk and indie luminaries like Joan Baez and Joni Mitchell, Alicia has quickly become a critical favorite. She’s been featured in publications like Billboard and Atwood Magazine, as well as LA’s legendary KCRW. She’s opened for artists like BØRNS and sang alongside Bill Withers at a tribute to the legend.

Alicia’s first full-length album, Bravebird, was released April 2020 securing spots on Spotify’s influential Fresh Finds Pop and Fresh Finds Rock playlists and garnering a whole new round of buzz and attention. In January 2021, she was listed at the top of Atwood Magazine’s “2021 Artists to Watch.”

Join us for an unforgettable episode where you will learn the journey of an artist, you have to know.

For more on Alicia Blue, visit @aliciabluemusic on Instagram.